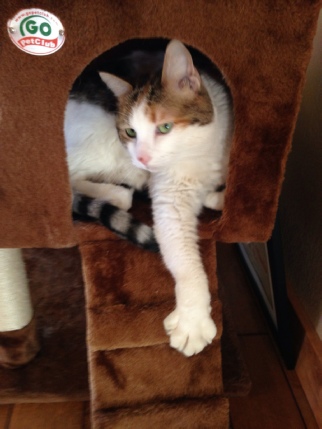 Kayla was our rescued domestic cat. I found her under a car in a bad neighborhood in the dead of night during winter. She was only a kitten then and cold and scared. I took her home and cleaned her up, and discovered that she was a beautiful green-eyed calico with a raccoon’s tail.

Our theory in teaching our children responsibility was to give each one a pet of their own. My daughter’s cat had just died of old age and she was distraught over it. I had hoped that she would take Kayla under her wing, but she wasn’t ready to replace her cat yet. My youngest son, Kyle, jumped at the chance to take Kayla for his own and became her “pet parent.”

Kayla stayed with us when my son went off to college, but when he was able to move into a place that allowed pets, he took her into his home. The two of them had a strong bond and he loved her dearly. She was his companion in a time when he was burdened with school and work.

On August 25, 2017, Kayla died unexpectedly. We believe it was a metabolic issue, since she was extremely overweight and could never lose weight, no matter how much diet food she was apportioned. She was only 7 years old. My son was devastated, as can be expected when someone’s beloved friend dies.

It is hard to believe that she is gone. She was such a beautiful, fickle girl. She will be sorely missed.

Kayla’s Page is where we honor the common household pet. No pedigree and sometimes no idea what breed they belong to, household domestic cats are just as wonderful as pedigreed cats. They have a lot of love to give and are deserving of a family. We would like to share stories of rescued cats to inspire some of you to open your home and heart to a homeless pet.

The International Cat Association (TICA) honors the domestic household pet as well. They have included a category for showing household pets in competition. If you already have a household non-pedigreed cat that you believe is beautiful and would love to show her or him off, you can always consider entering it in a show. Learn more about that here. 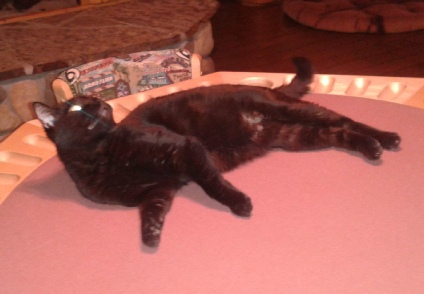 This is Rudy. He’s a domestic male cat that my oldest son, Ryan, rescued as a kitten from a dumpster while he was away at college. Rudy became Ryan’s most reliable friend and they’ve been together for almost ten years now. Rudy is not the typical cat. He’s changed homes many times with Ryan and has gone from one end of the country to the other. Rudy even flies with Ryan when he visits us in Colorado. 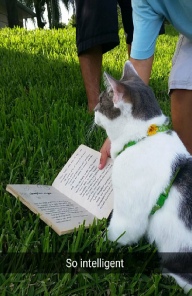 It took a while for my daughter, Robyn, to recover from losing her first rescue cat, Cali, but she eventually got Bansky from the Humane Society, virtually years later. It was love at first sight when she saw him interacting with the vet technician, giving the tech kisses. No one else seemed to notice Bansky, since he was an adult cat, but Robyn rushed to the counter to go through with the adoption process before someone else could snatch him out from under her. When she got Bansky home, he was instantly welcomed into the family, where he’s held a special place in their hearts ever since. 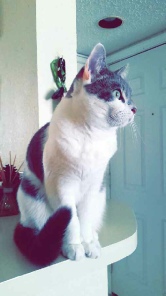 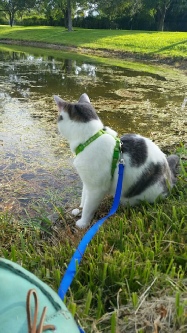 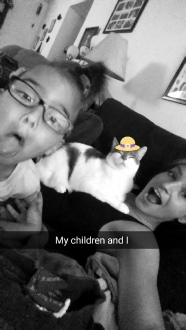 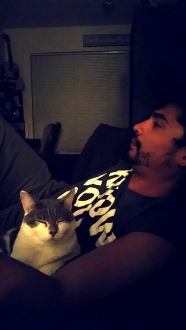