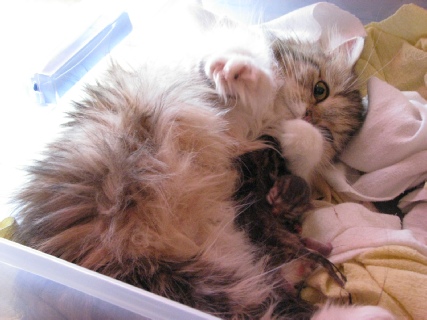 Queen Josephine, Josie, had her first litter on September 7, 2016. She had three kittens but one past away a few days after she was born. Although Josie is a remarkable mother, we believe she accidentally dropped her kitten while moving her. However, Josie was an extremely awesome mom and we couldn’t have been more proud of her.

We are thrilled to share her kittens with you  so you can see what she was able to produce. Sadly, though, she suffered pyometra and has not been able to breed since then. We spayed Josie and enjoy her as part of our family. 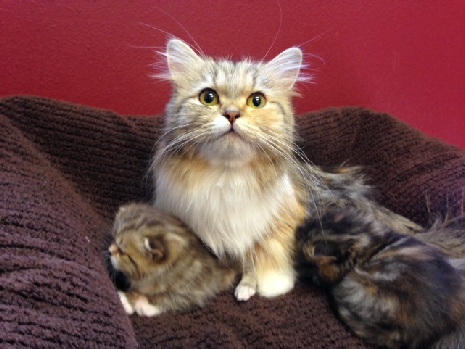 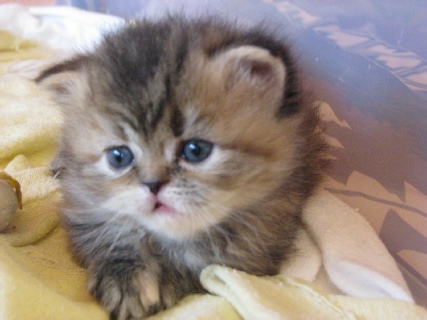 Josie’s first litter was from a pairing of her and Riddle Me This (Riddler), a beautiful chocolate lynx pointed tabby nonstandard Minuet. He was a stud I graciously got to borrow from Samantha McConnell of Pawcity Cattery, in Indiana.

Josie is a beautiful standard torbie Minuet with an amazing personality. Sweet and quiet, it is impossible not to love her.  She carries chocolate.

Riddler is a sturdy nonstandard Minuet with a fantastic personality. He loves people and has a ton of energy. 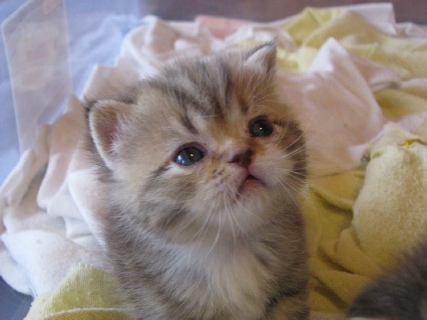 Gidget is a nonstandard torbie female with a to-die-for doll-like face and a ton of love in her. She carries chocolate, according to her DNA results.

Kubi is a nonstandard mackerel chocolate tabby male with four perfect white mittens and a white chest. He also has an adorable doll-like face like his sister. His DNA confirmed that he is a chocolate. 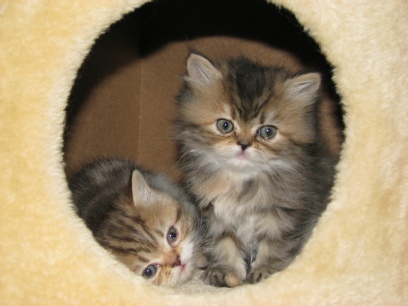